One of 2019’s top highlight’s so far for me is undoubtedly the trip to Klagenfurt with artist John Jones and prop genius Wayne Goldson to compete for the first time in The World Bodypainting Festival, Austria. Unbeknown to John or Wayne, I’d wanted to model for this festival for years. I’ve modelled for the two of them before, but when John asked me about WBF, he wasn’t only looking for a model. John wanted a performer with an array of skills he could choose from for the stage performance depending on the design and character he and Wayne came up with. I fit the bill there; Lucky me! This year, the category was Galactic Zoo, and here is our Supernova Alien.
We had such an incredible time together. Whilst the competition results weren’t what we hoped for, we relished the days spent soaking in the positive, creative, atmosphere. There was so much inspiring work going on, I made a bunch of new friends and even bumped into Craig Tracy (who you’ll know if you watch Skin Wars), Alex Hansen and Matteo Arfanotti, who won our category in 2018!
It was also satisfying to find I was featured in some of the official videos released online.
See if you can spot me in the videos below! 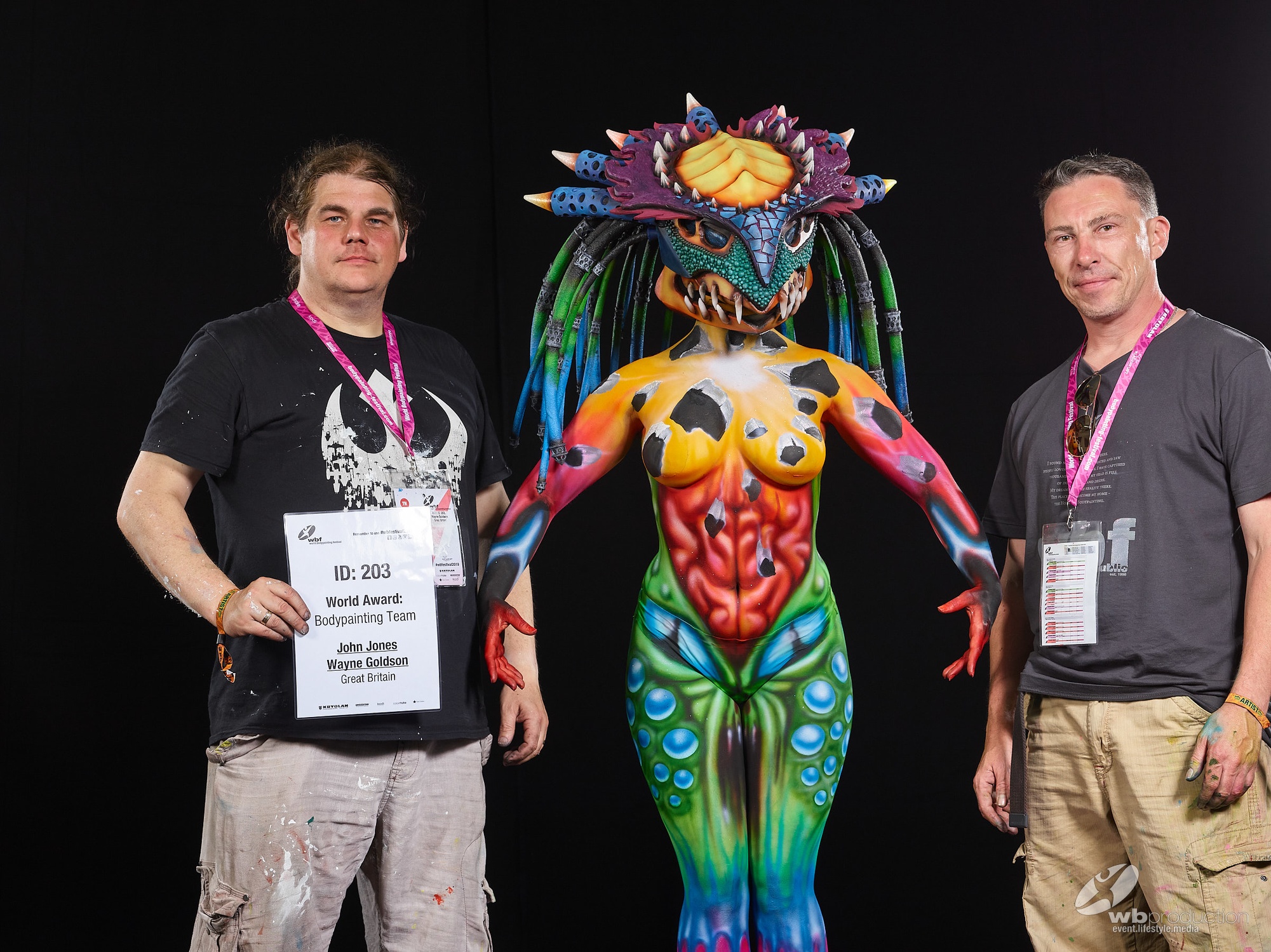 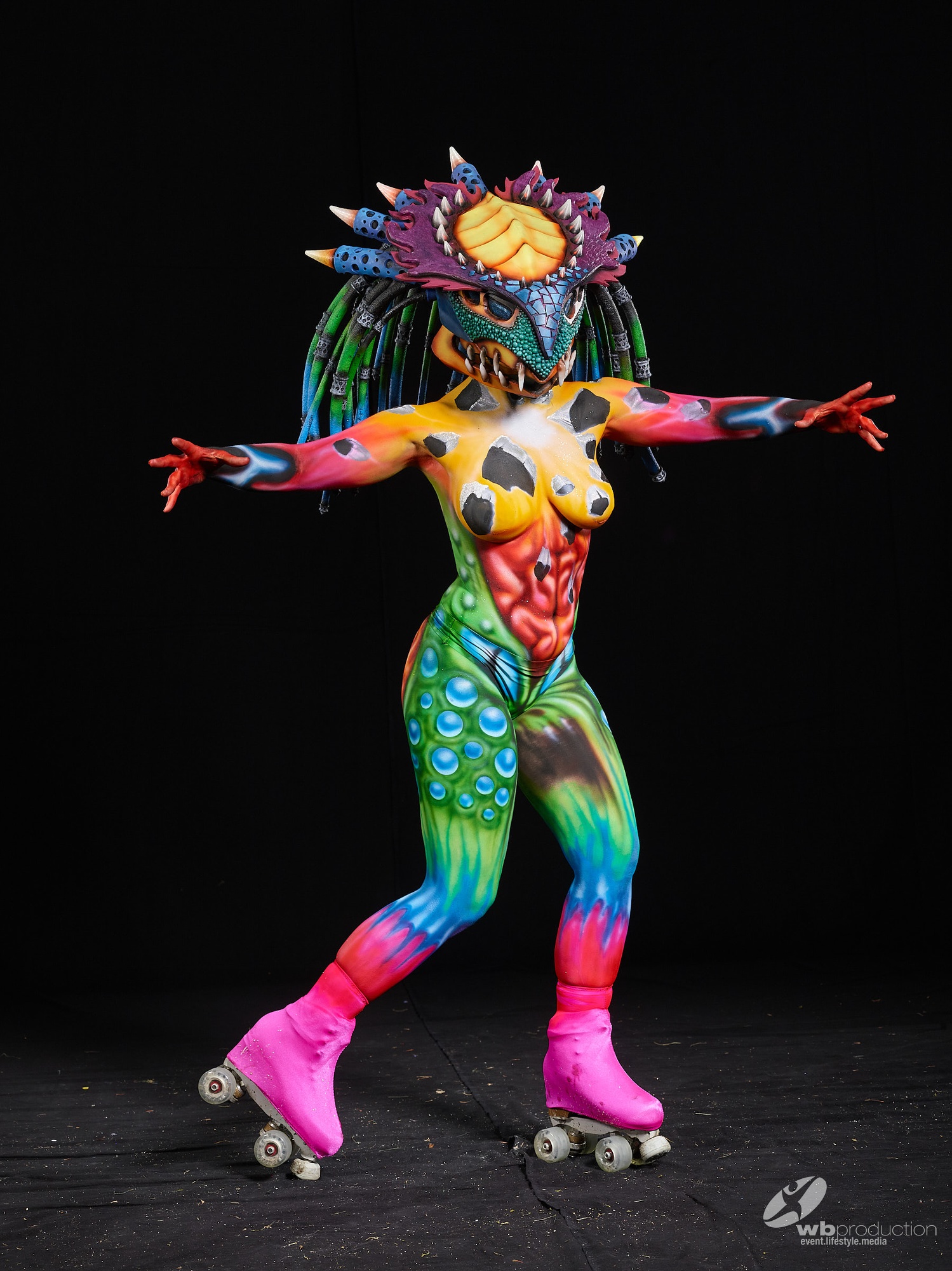 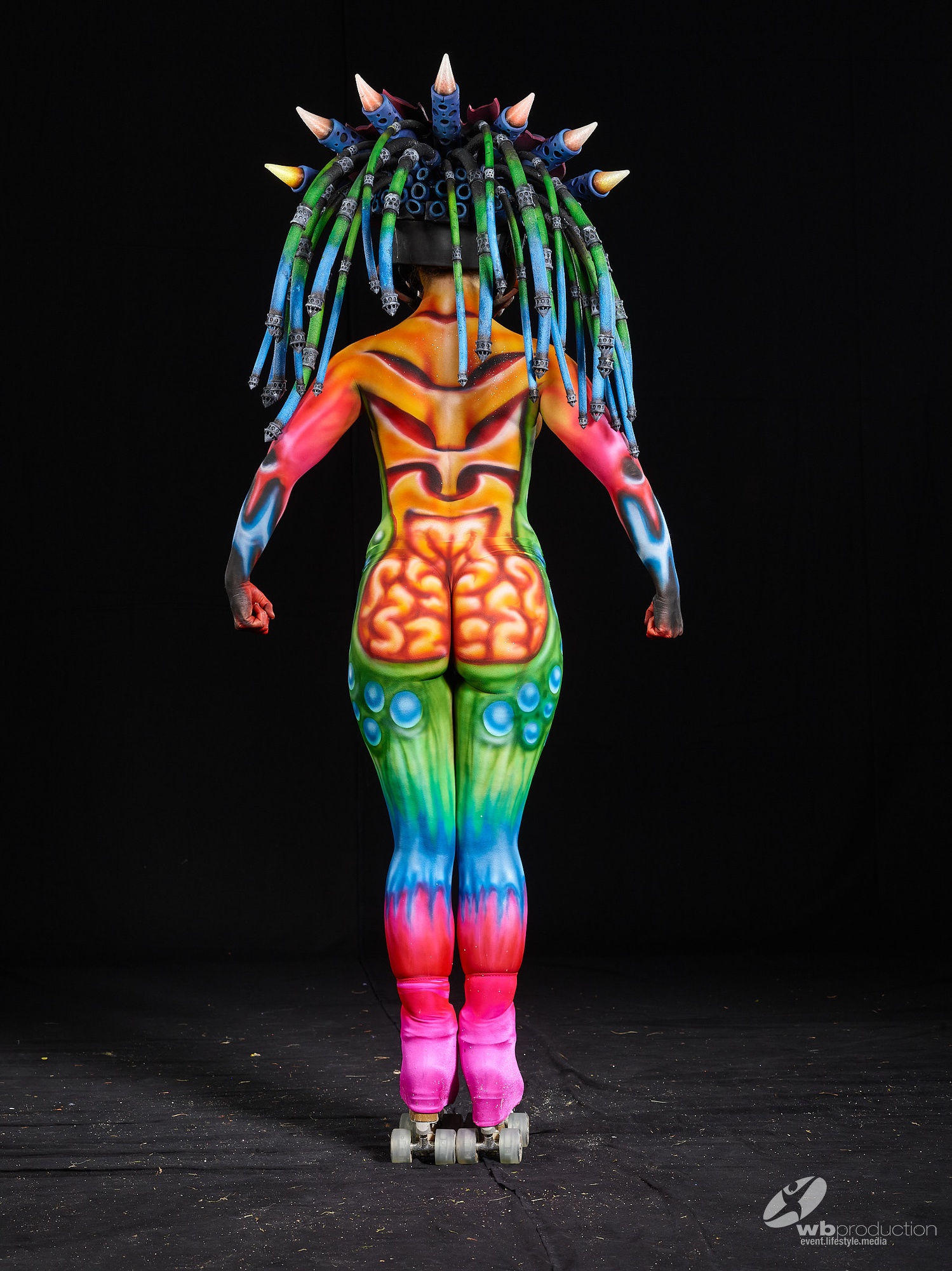 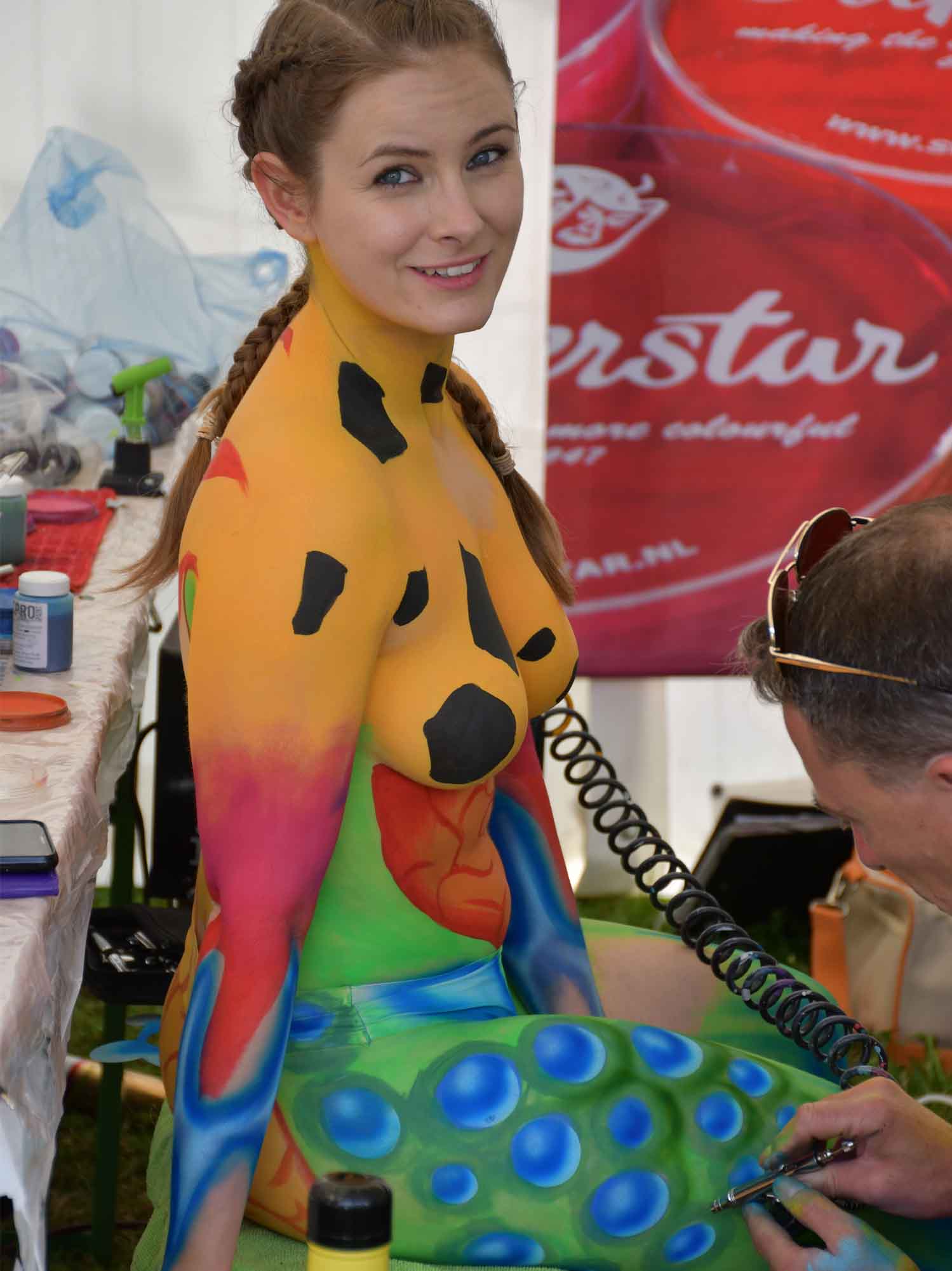