Written and directed by Hannah Graham of Freshold Theatre, Subversion was a two-hander and reversed reality as we know it. The narrative was written around my aerial silks skills and the concept follows a boar who owns and controls my character, Imicatomi. Imicatogmi is a captive human who is forced to perform on demand for audiences. This piece was a site-specific one, designed for The Public in West Bromwich as part of their ‘Watch Out Wednesdays’ festival of free live performance. Presenting the real issue of animal cruelty and exploitation as human exploitation instead, it was raw and thought-provoking. Led by the story-telling boar, who addressed audiences through spoken word, the piece explained the course of evolution in his world. During this, I sat subdued in my wooden crate and was only released to perform on the aerial silks when told. At points, I’d scramble away and run wild amongst the audience, hissing and snapping in a show of aggression and frustration. As people panicked, the boar would shepherd me back to perform until I was exhausted and crawled back into my crate. It was an incredible test of endurance as the piece was performed 4 times throughout the day with 30-minute intervals, having several aerial sequences within each run. It was such a rewarding production to be involved in. 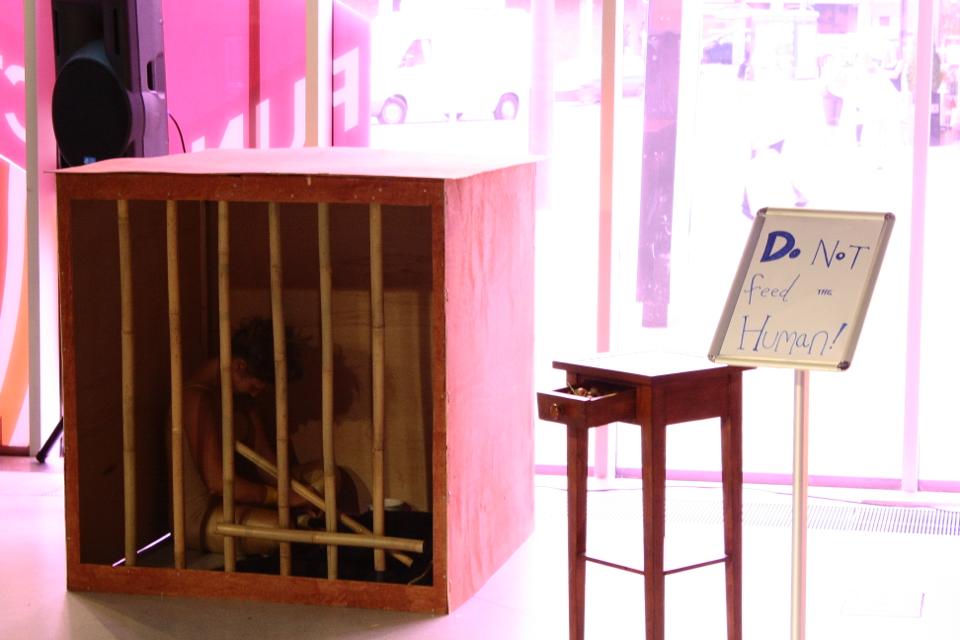 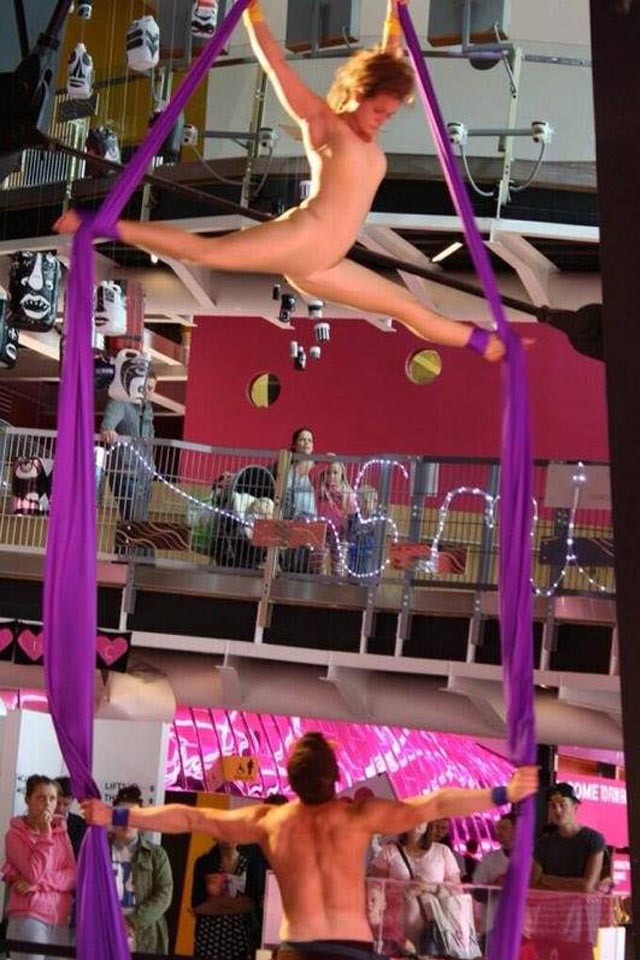 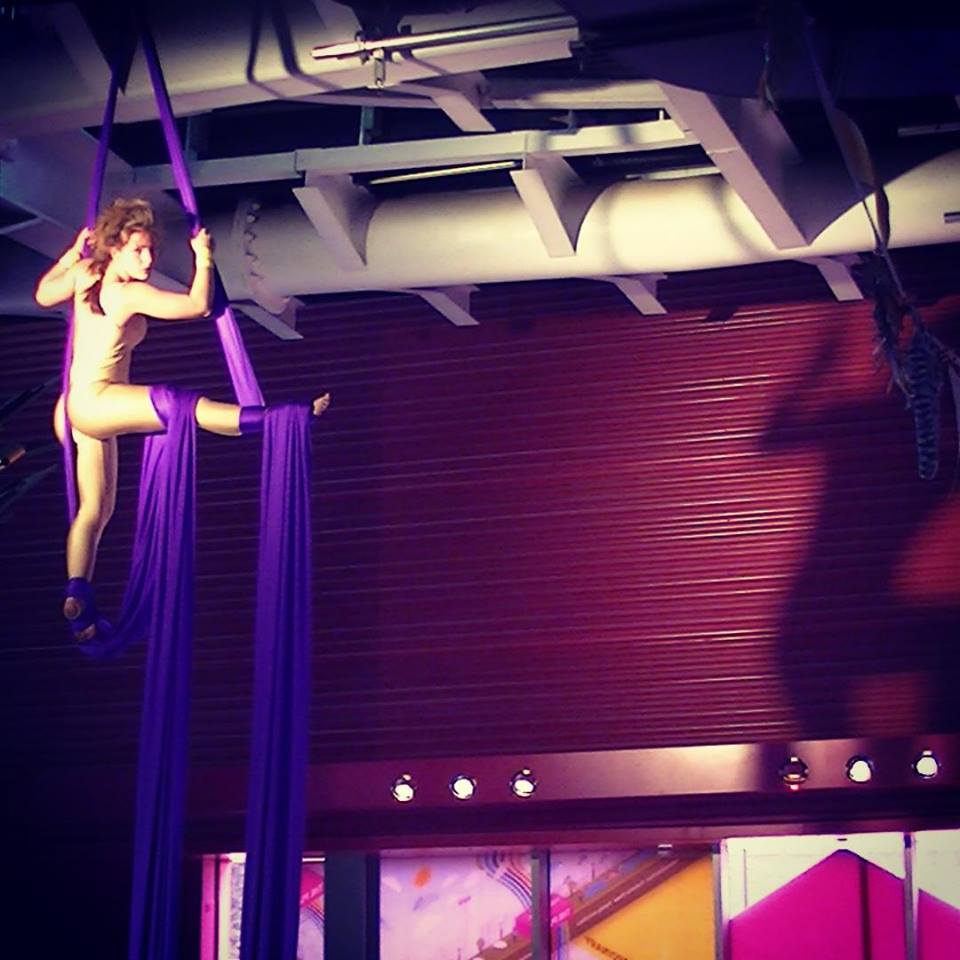 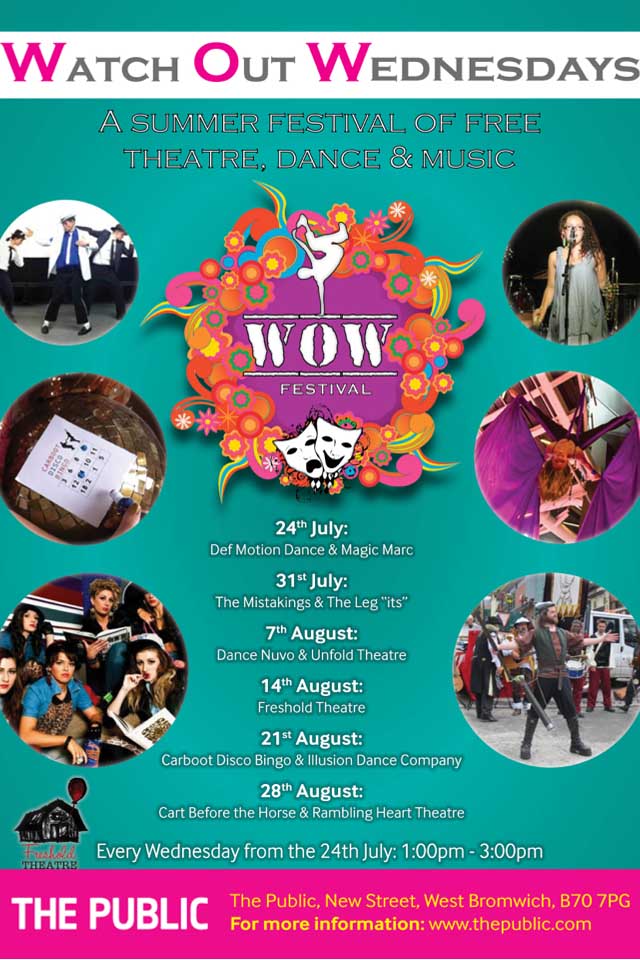 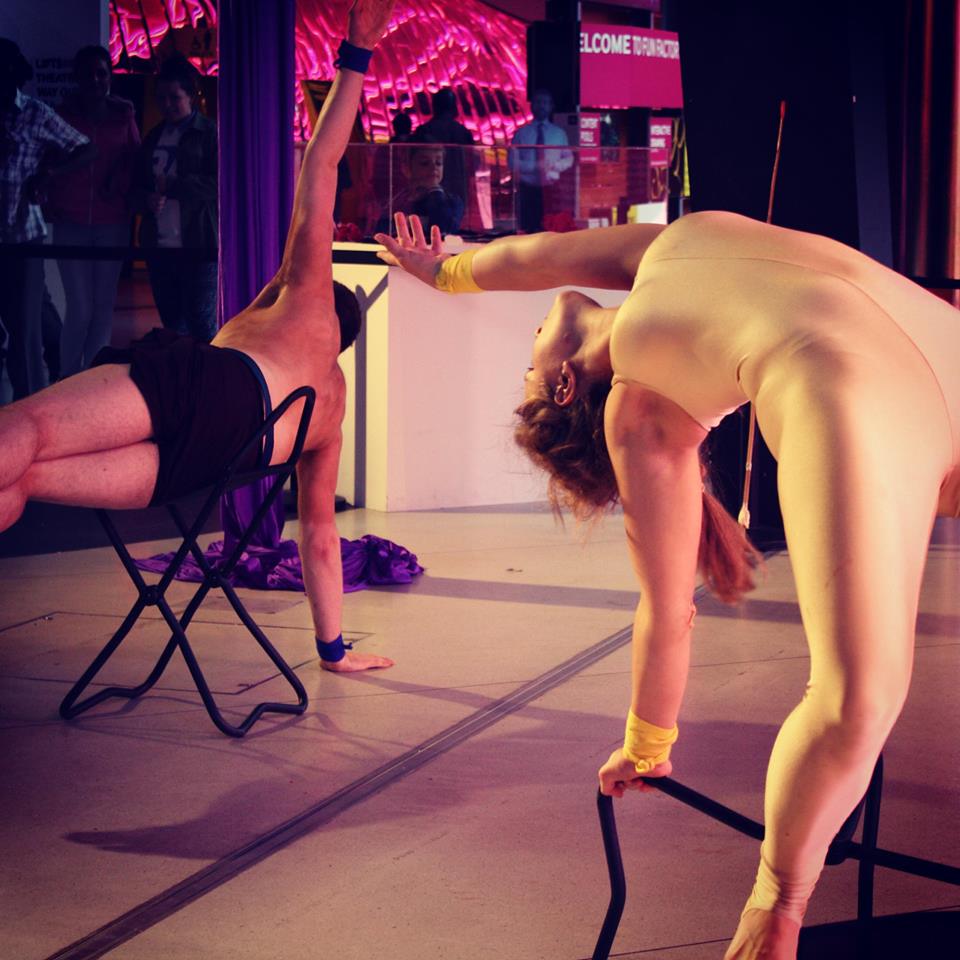 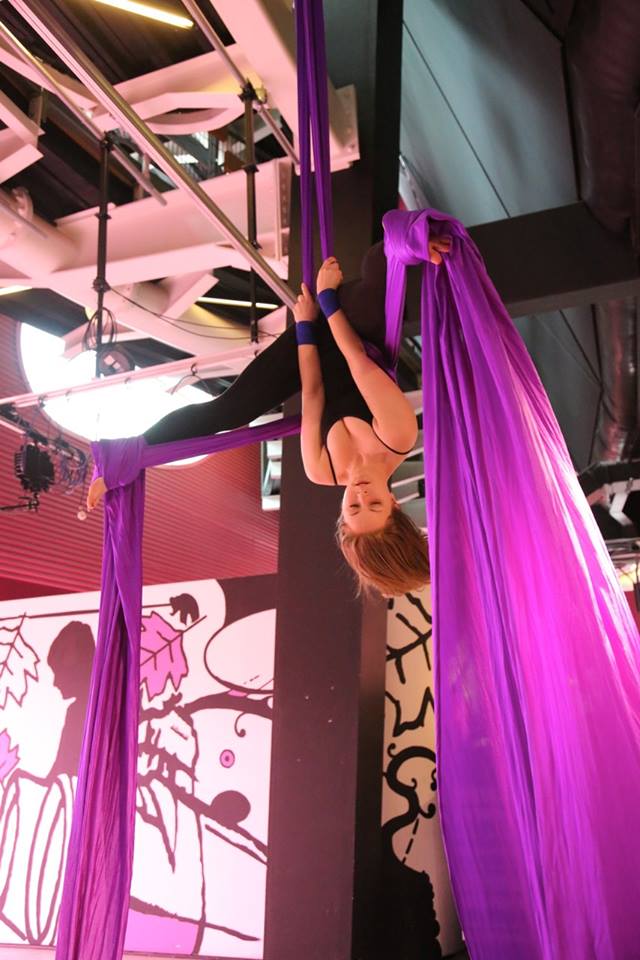 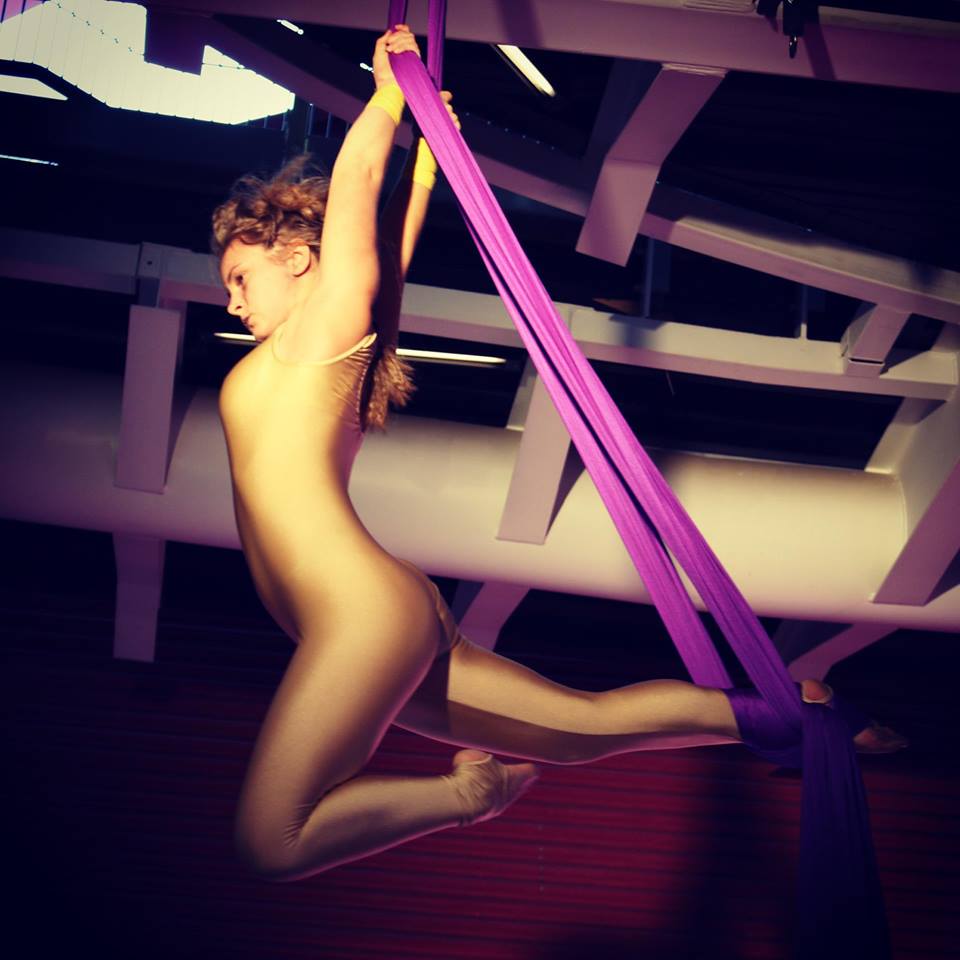