Peter pan was the first paying stage role I landed after moving from my home town to the city, in 2012. I wouldn’t have known about the production ordinarily. However, in a curious stroke of luck or coincidence, a lovely lady connected to the theatre happened across me training aerial silks from a bridge early one morning when she was out jogging. She was very interested to know what I was up to and we chatted about our creative careers a little, with her recommending I audition for Peter Pan. I did, successfully and was given the role of Peter. I had the opportunity to multirole and appear as a sidekick to Tiger Lily and a lost boy too.
It was fantastic to work at The Blue Orange Theatre for the first time. Our cast was wonderful- an array of different ages and experiences. We had the pleasure of having not only a director but a physical theatre director and fight choreographer also. The physical theatre aspect was led by Tina Hofman. For the stage combat, Raph from Stagefight Ltd came in. It was amazing fun to gain skills and experience in sword fights as Peter and unarmed combat as one of the American Indian tribe. We had wonderful audiences, including some schools that we ran workshops for post-show. It was thrilling to find out at the end of the run that Peter Pan had been the highest grossing production at the Blue Orange theatre to date, thanks to great marketing and cast promotion! 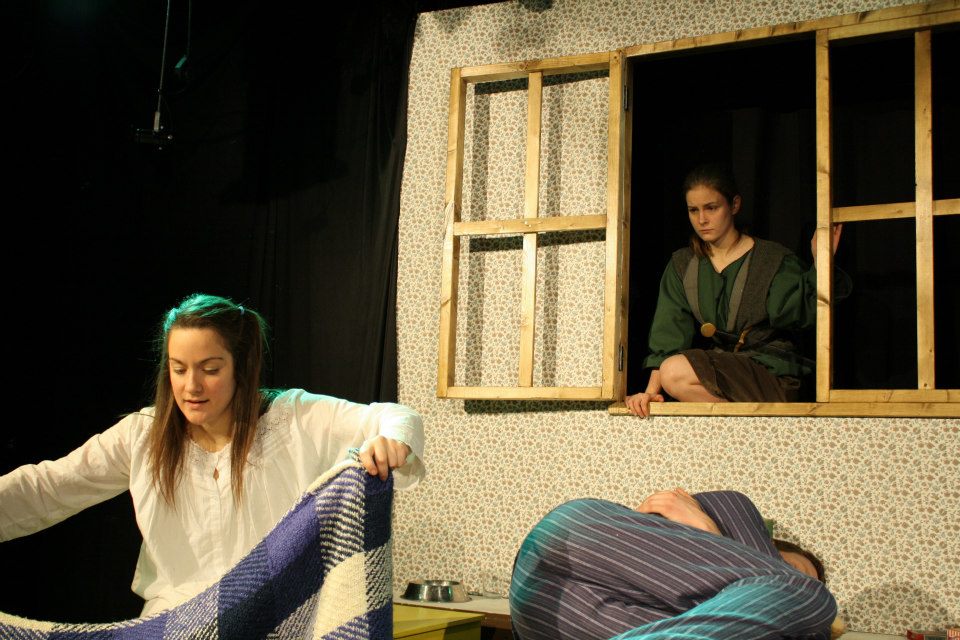 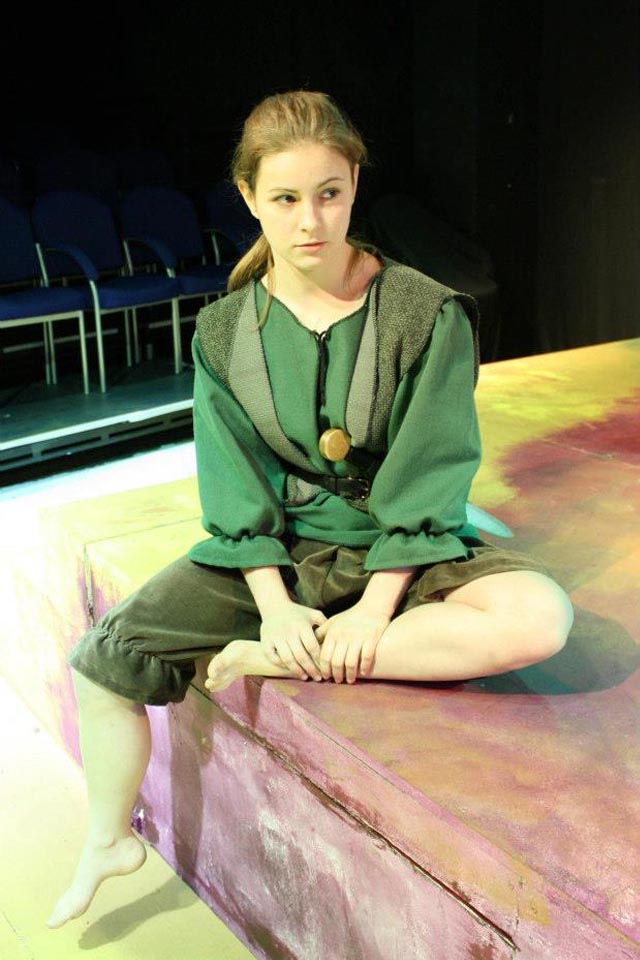 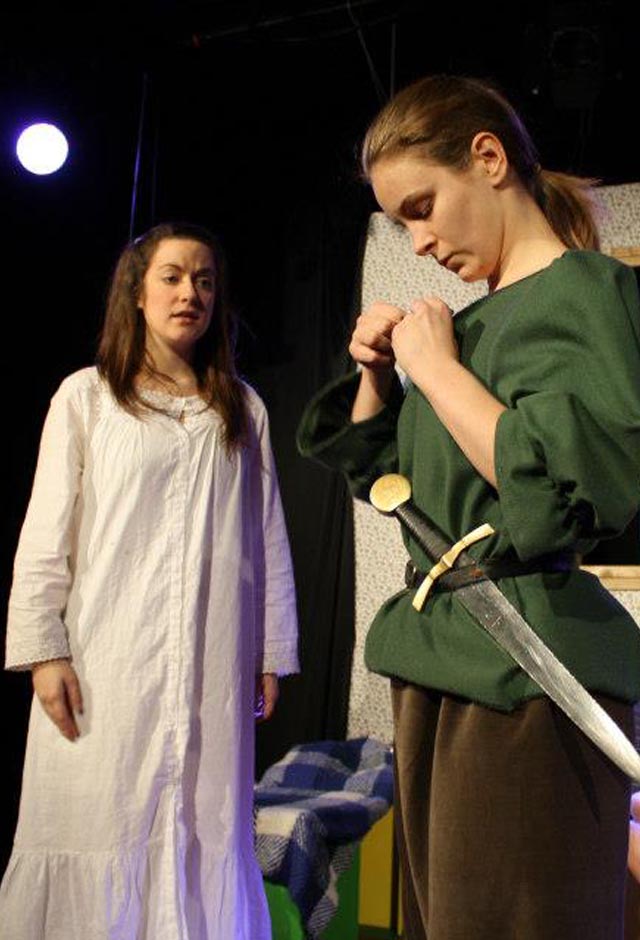 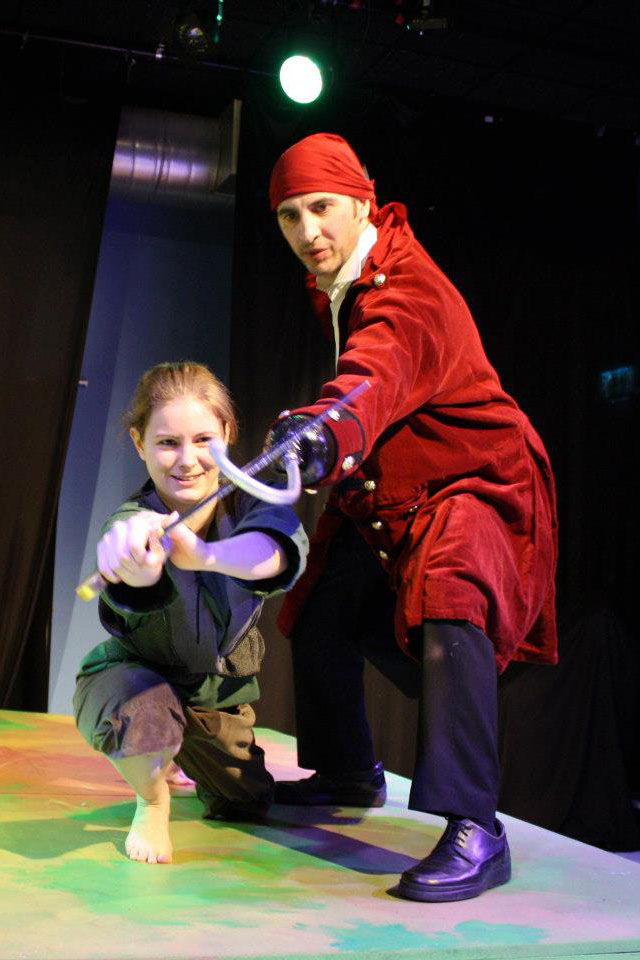 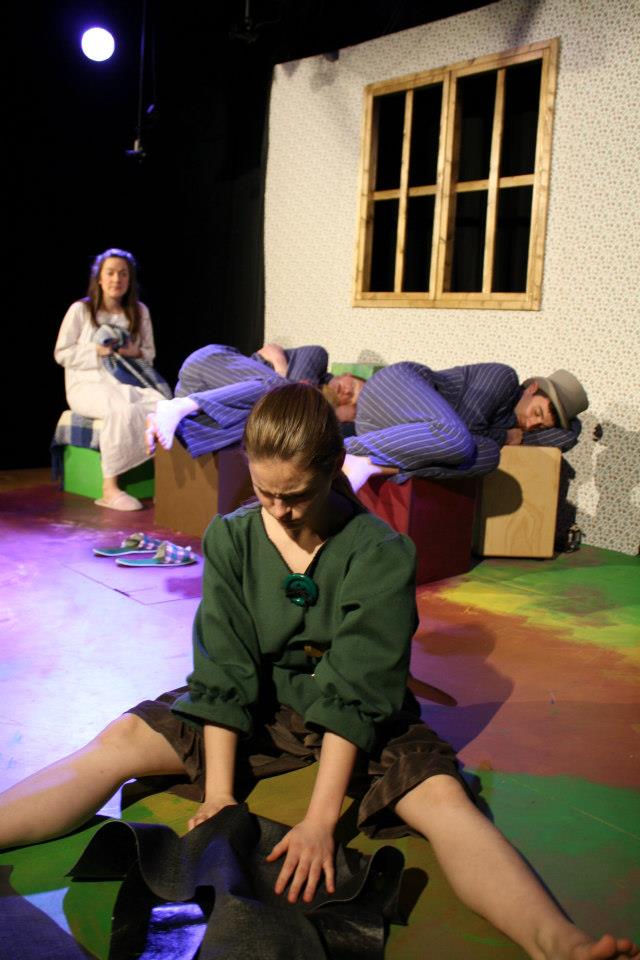 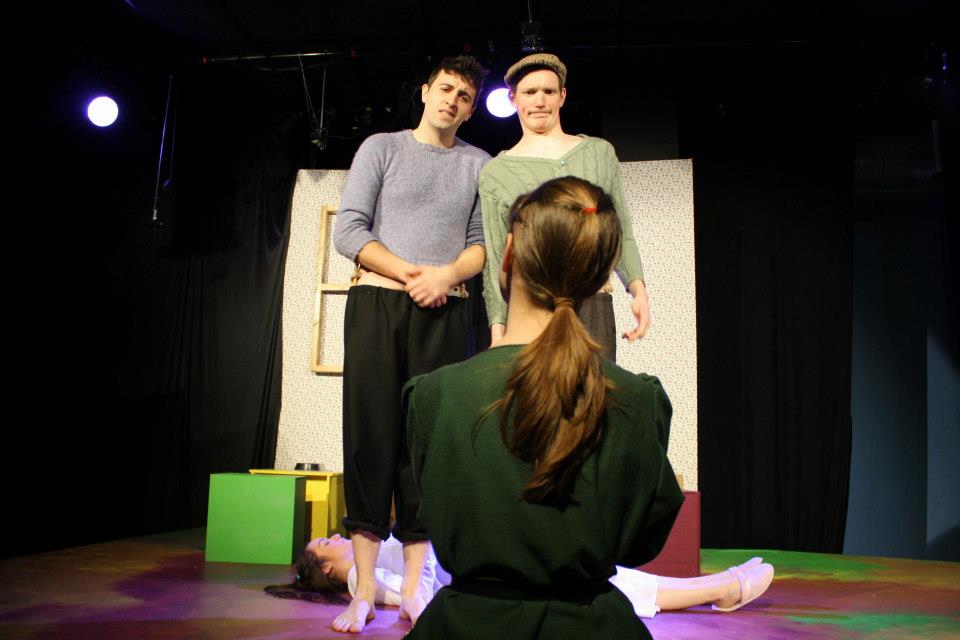