There is an interesting story behind this photo shoot in 2014. It was not our intention to shoot aerial on the day of this booking. Richard Battye and I had planned to go to town creatively with a makeup artist who shall remain unnamed for the purpose of this entry. As I remember it, despite confirming she’d be with us in due course, she didn’t turn up. Suffice to say, we quickly scrapped the previous makeup concept and Richard came up with the rope idea. He had a rope and at that time, a studio with a suitable rigging point. Working with Richard on any dance or movement project is really fantastic as he has extensive dance photography experience. Richard frequently photographs for Birmingham Royal Ballet, so it really is a privilege to work with him creatively.
Here’s what we came up with. 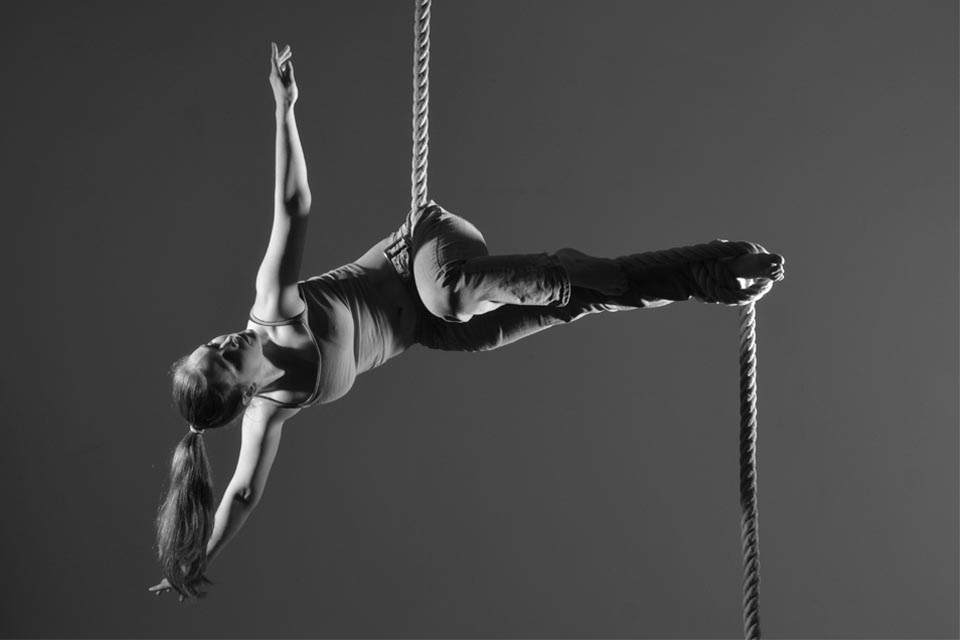 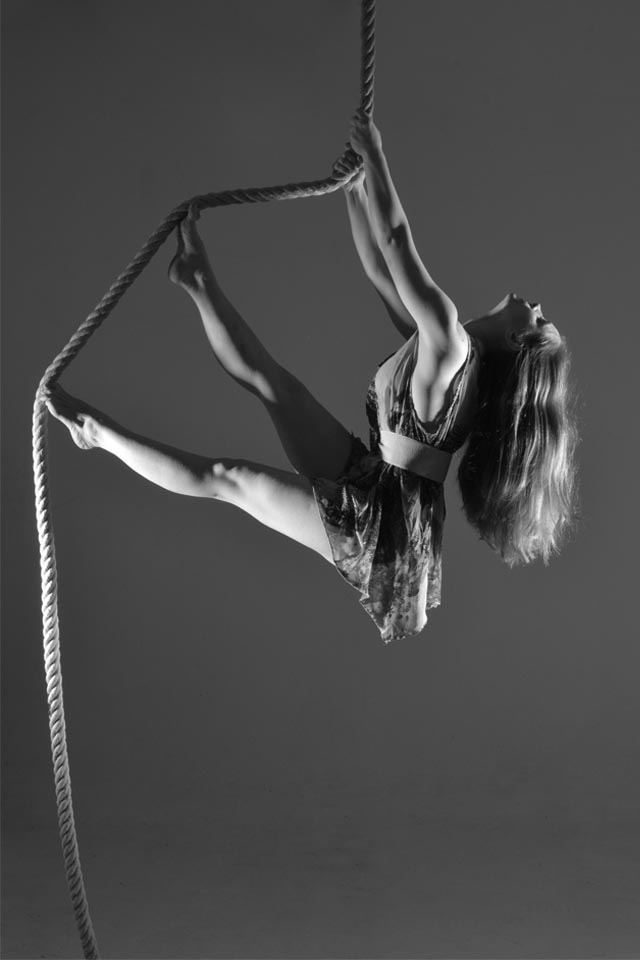 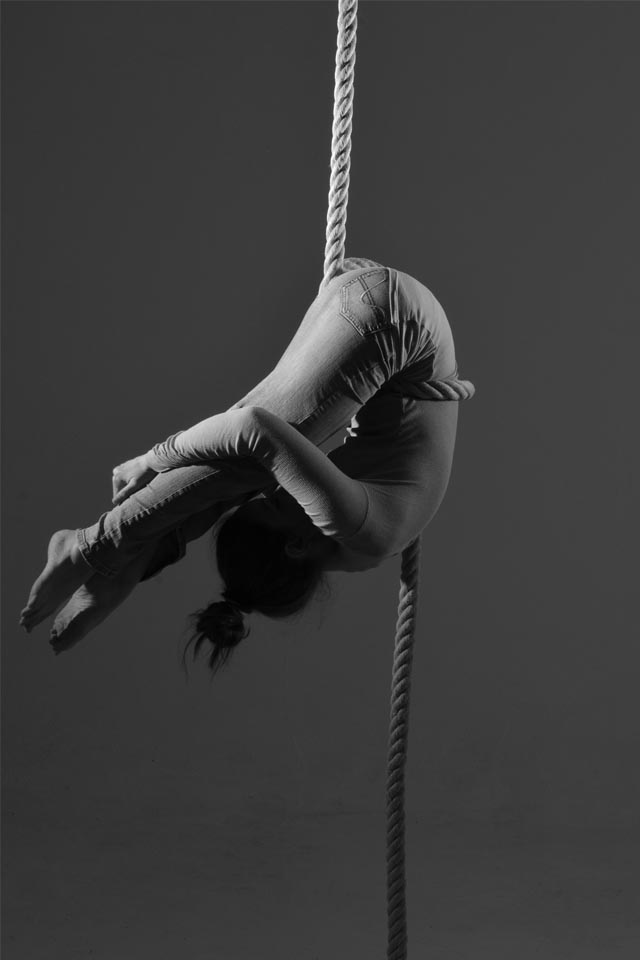 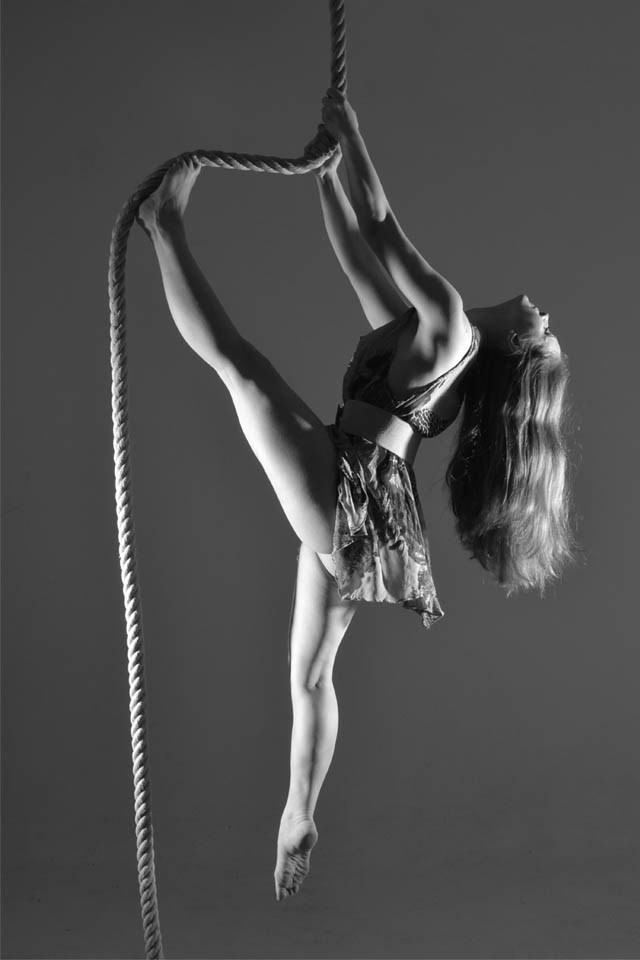