For several years I’d been building up to begin performing aerial to a professional standard. In 2014, I performed my first freelance aerial silks solo performances for the crowds of the annual West Midlands Vegan Festival. It was a delight to be on (or rather, above) the main stage of the Wolverhampton Civic Hall. Each year I’d tread the boards as a customer at the event, and this was my first time performing there. There were so many people that hadn’t experienced a live aerial performance, it transpired. I had the opportunity to chat to several audience members afterwards, including some particularly awe-struck children and it was just lovely knowing they enjoyed watching as much as I enjoyed performing to them. 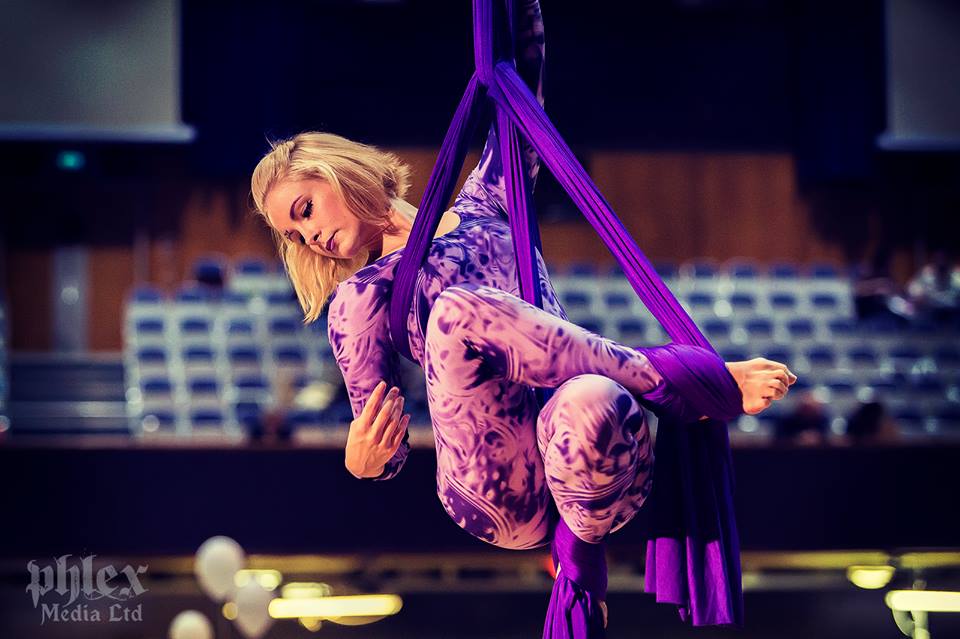 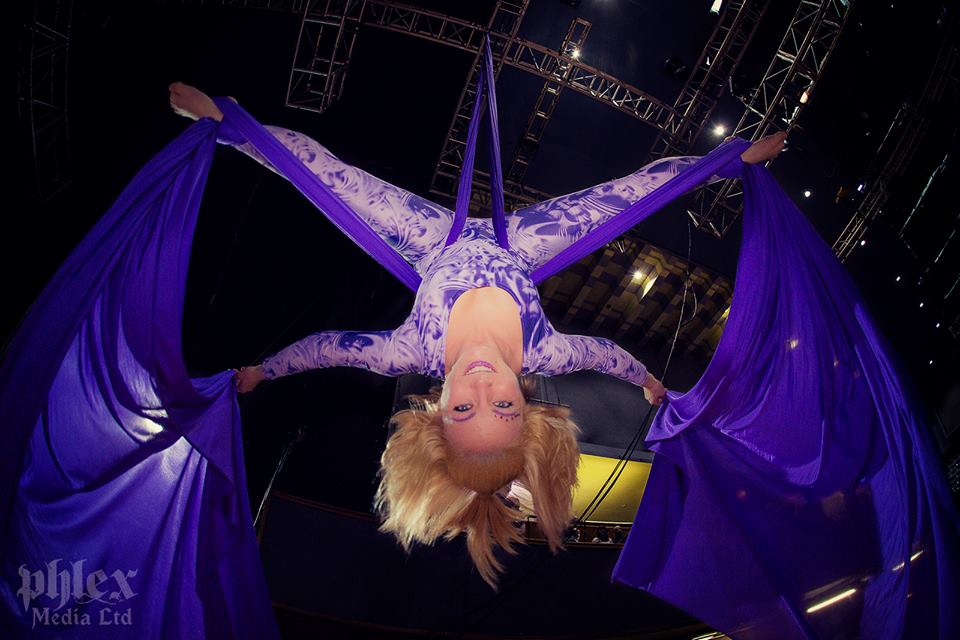 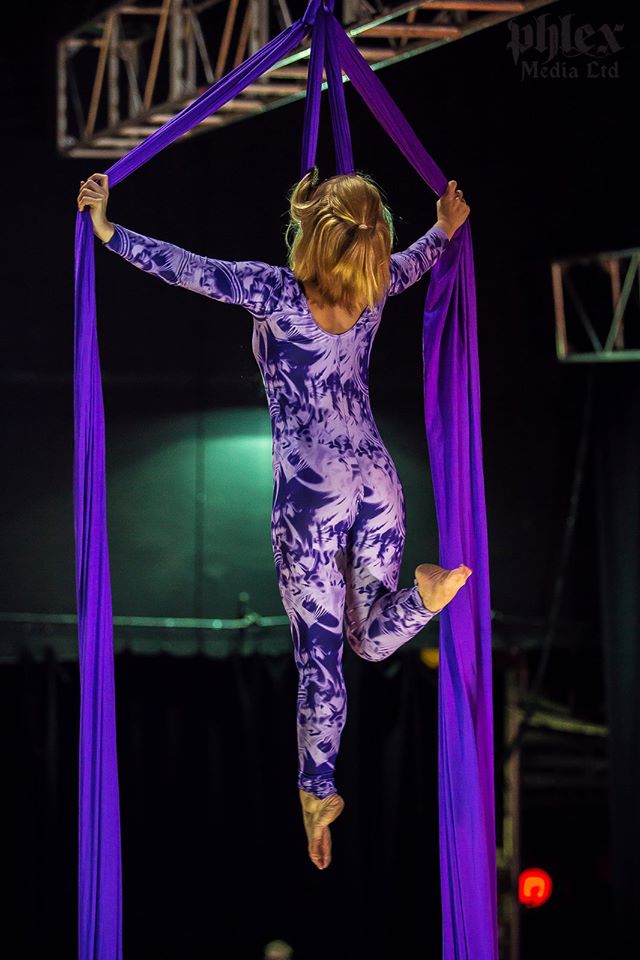