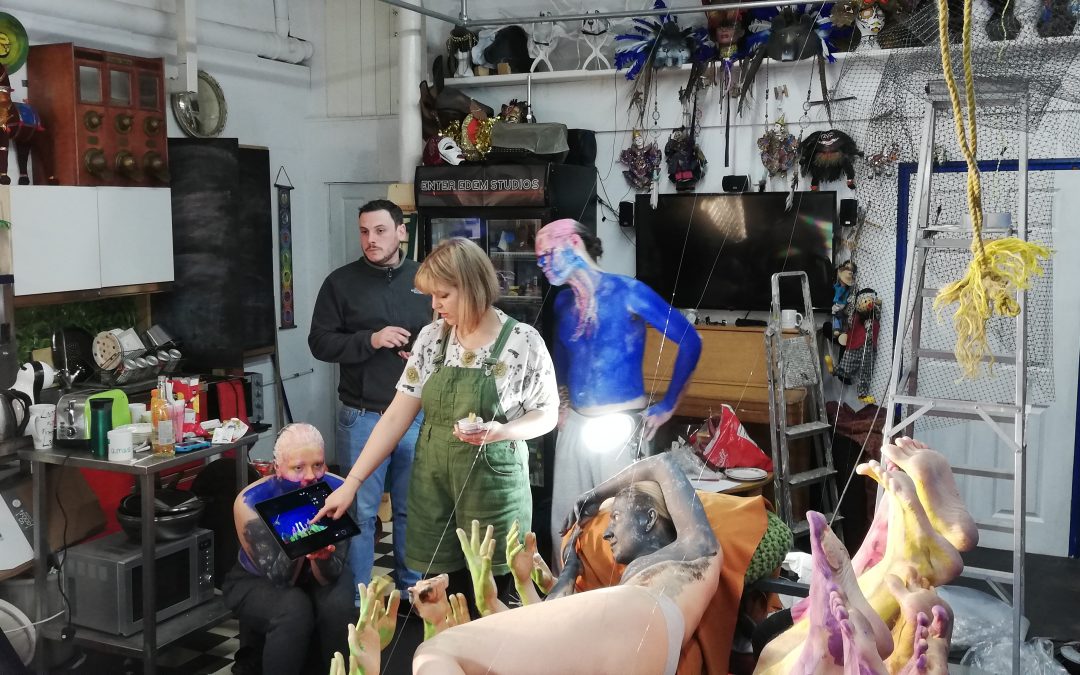 Concept body paint artist Emma Fay recently got me involved as an assistant painter for a mammoth, creative body paint video shoot that she has titled ‘Anthropocene: Plastic Planet.’ As you can probably guess, the concept revolved around the theme of plastics; specifically their effect on ocean life and the water itself. You can’t ignore it; there is a big focus at the moment on plastic pollution and rightly so. The concern for the health of our planet and everything on it long-term, is ever growing. Emma wanted to create this in time for World Water Day, which you can find out more about here: https://www.worldwaterday.org

In the beginning, Emma wanted to introduce different creatures of the ocean and then bring in the plastic waste and the consequences it has on those creatures. In the end the entire sea gets polluted, the animals leave and finally everything dies. We had a couple of planning sessions together, notepads at the ready, discussing which animals could appear and what plastic might affect them. 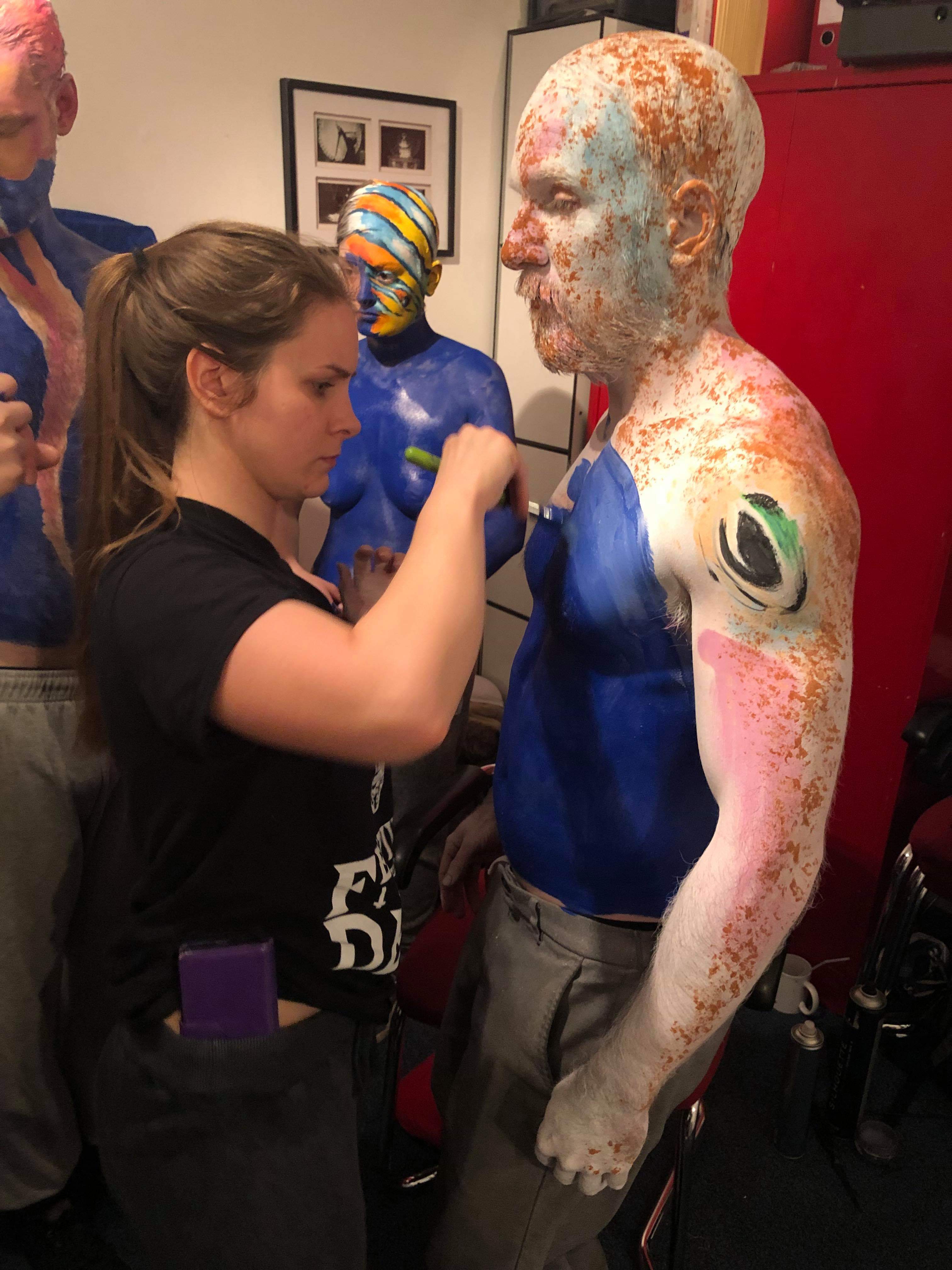 Emma then input what we’d got so far into an app designed for organizing almost anything (it’s really great, I’m contemplating a subscription!). For artist reference I added photos of everything that would feature in the ocean scene. I also added video links to show movement of the sea creatures, for model reference. At first the complexity of the whole thing hadn’t really dawned on me. However, the video would be filmed in one continuous shot and it was a challenge to work out who would play what, so we broke the video down into 3 sections. Some models would have to double as two different animals; for example:
At 1:22 Tim crosses from right to left as a jellyfish (head and upper torso)
At 2:24 Tim passes back from left to right with Annaliese as a sea turtle (hand/arm).
To know who would play which sea creature featuring in the scene, we had to consider:
-the direction the model faces
– the direction of travel
-model positioning in frame
-which body parts are needed for which sea creatures
-which models pair to make one creature and which side they need to be and when
By figuring this all out, we’d know which body part/s of each model would be painted as a creature, but also which other parts of the body were visible, especially if the model was doubling up. You’ll see the remainder of the body is painted blue to blend in with the sea water, which meant even more limitation on who could double as what! This was important – because James is a squid that requires a lot of ‘blueing out’ it meant he couldn’t be doubled up. Similarly because I was a hammerhead shark which more or less took up my entire torso, I couldn’t be doubled either. Tim however, as mentioned earlier, had a free hand to be part of the see turtle, as did Annaliese who is the yellow fish that appears! We also married up model journeys as well as we could so that when they are paired as the same creature, both models are already on the correct side of the scene. The models are the ones pushing/pulling each other across the set on various wheeled devices, as well as operating the plastic props on tiny pulley lines!

When the painting was all done, Emma worked closely with David and Phil on camera and lighting, whilst I led the model team through rehearsal. Then we set to work with the filming! It was a long day for everybody and they all did a grand job! What a fantastic project to be involved with, raising awareness for people, the animals and the planet.

I hope you like the results of everybody’s hard work!

“From a stop motion ocean to a scene created by body painted models, ‘Anthropocene’ is an abstract short film depicting the effects humans have had on water and wildlife in the epoch of time coined as ‘the plastic planet.'”